Home / Blog / How Much Language Should You Learn for Volunteer Travel?

Understand them or not, these are all very basic phrases that you could use when working in some of the most popular volunteer travel destinations in the world. Whether you’ve studied another language before or have no foreign speaking skills whatsoever, you’ll experience this great immersion in your travels. But have no fear––people with any language experience level can find a great placement.

Why are being a tourist and being a volunteer so different from each other?

When you volunteer abroad, you're not going as a tourist or to just “get by” with the short words you learned on the incoming plane. You're going to work in your volunteer travel. If you want to get the most out of this immersion, it's in your interest to at least try to get the experience needed to understand the people around you.

Simply the nature of the work will require more speaking and communicating with locals. As a tourist on a short vacation, you mainly sightsee and briefly interact with people who only speak your native language. But as a volunteer, your range of possible projects may be limited if you can’t speak the language needed for that placement. For example, how would you care for and teach young Costa Rican children if you don’t speak Spanish? These students are young, so they are just learning to communicate––let alone do so with someone who doesn’t speak their language.

Where you travel will determine your needs.

Depending on how difficult the language is in the country you work in, you may not be able to learn enough of the language to speak fluently. For instance, the Thai symbol language has no tenses and is completely tonal. If you haven’t started studying months (or even years) before volunteering there, you’ll simply have to rely on speaking mainly English. You can learn basic words and phrases, but you won’t be able to read them when written out. This is where your orientation, in-country support from your volunteer travel organization, and your ability to adapt to reading body language will be so important. 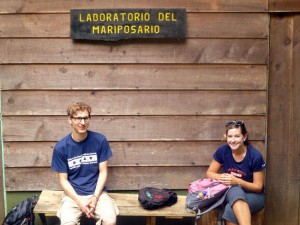 Costa Rica speaks a language that is commonly learned in English-speaking schools. Spanish uses the same letters, and is often easier to grasp than languages like Thai. This means you can start practicing a few months before your departure and have a basic understanding of most conversations.

Keep in mind that some countries have more than one language or dialect. Ghana, for example, has around 80 languages across the regions. But because English is the official language, you’ll be able to communicate with most locals in a way you both understand.

When deciding how to approach the language-learning component of your traveling, set a goal to at least learn basic native phrases and words––even if you aren’t an expert right away.

With that said, there's more to language than speaking it perfectly: it's all about effort. Every part of a cultural exchange needs words. And no matter how simple your sentences or how wide your vocabulary range is, the community will appreciate your willingness to try. It won’t be the end of the world if you can’t totally speak to each other fluently. What matters will be that you respect your hosts enough to try.