If you’re volunteering in Thailand this New Year’s Eve, there’s no need to worry about missing the party - take a look at our ideas for a new year celebration to remember.

Home / Blog / Where to celebrate New Year’s Eve in Thailand

Whether you’re hoping to ring in the new year loud and proud or would prefer to celebrate by absorbing yourself in the local culture, there are all sorts of ways to mark the occasion during a volunteer vacation in Thailand. While many people travel outside of holiday times, volunteering around the end of the year is a great way to witness the festivities surrounding New Year’s Eve and indulge in local cultural celebrations.

We’ve put together a list of the best places to celebrate New Year’s Eve in Thailand - take your pick! 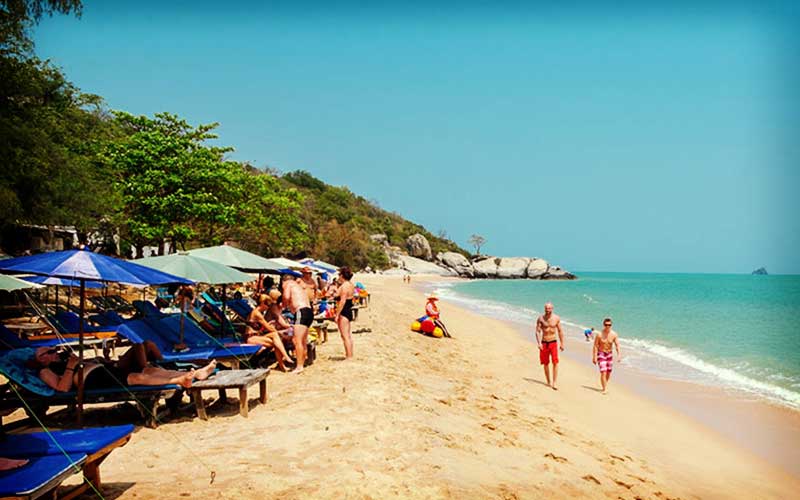 How better to celebrate the new year than by hitting the beach? While the temperatures in many western nations plummet and celebrations are forced indoors, Thailand is warm in December, with temperatures averaging around 27 degrees C - perfect for a beachside party.

Head to Hua Hin on the Malay Peninsula at around 6pm on December 31st to enjoy live music from the stage, quizzes and lots of fine fare - around 100 food stalls set up on the sand for the special occasion. At midnight, everyone celebrates the new year and the local mayor gives a speech. A number of local monks take to the stage to offer up prayers and blessings and the party continues into the early hours of the morning. 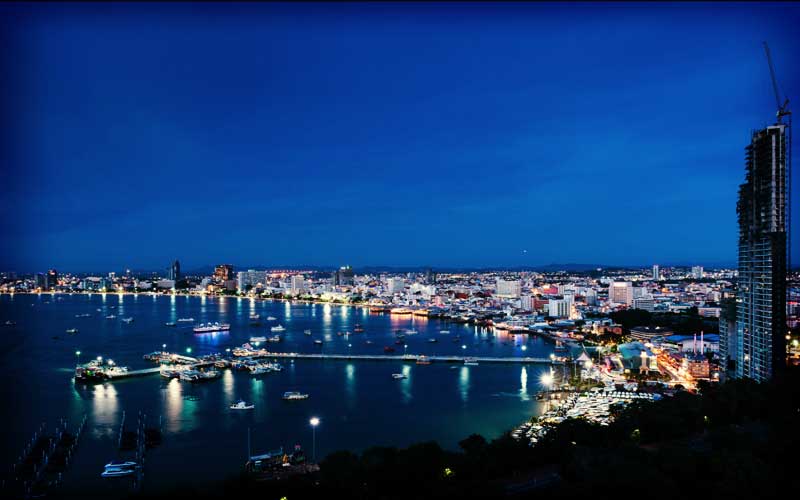 Pattaya is one of the best-known party destinations around the world, so it’s little surprise the city has made our list of great places to celebrate New Year’s Eve. Although festivities can be found all over the city, the celebrations are particularly renowned along the waterfront, where the road is lined with food stalls and booths of merchandise.

On the pier in particular, there’s plenty of entertainment - a program of both Thai and international music is performed and there are family activities, games and traditional Thai dancing to enjoy, too. After the countdown to the new year, a wonderful fireworks display is let off over the water and the party atmosphere really kicks in. 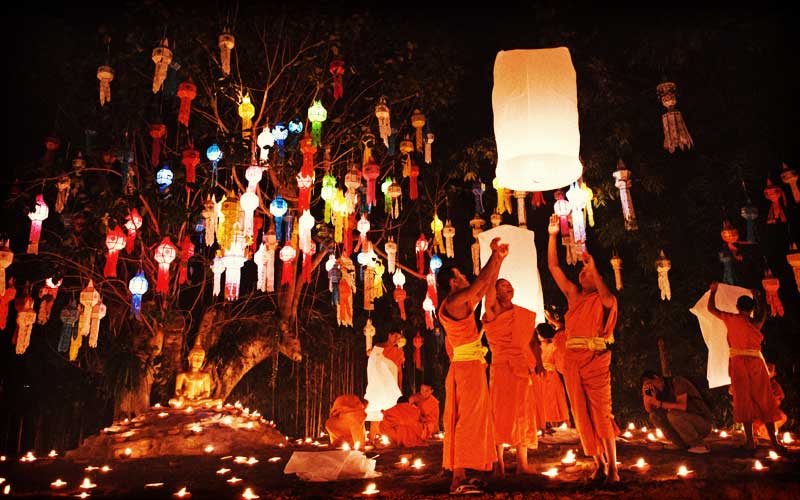 A mountainous city in the north of Thailand, Chiang Mai is known for its rich history and beautiful architecture. On New Year’s Eve, the city comes alive as people line the streets around Thapae Gate in the old city area. There is food and drink aplenty, with stands set up for the whole day and night, and it’s customary to set alight a lantern and release it into the sky for good luck.

At the local temple Wat Phan Tao, monks spend the last hours of the year in meditation and chant until midnight, when they join visitors in releasing lanterns. When the clock strikes 12, many locals also set off fireworks to mark the end of the year.

Another fantastic beachfront celebration can be found in Phuket; Patong Beach is famous for its parties and the New Year’s Eve celebrations here are hard to match. The island of Phuket hosts a variety of NYE parties but many of these are exclusive and associated with nearby hotels - the festivities at Patong Beach are open to the public and free.

The celebrations in Phuket begin a few days in advance, with concerts, contests, exhibitions and food stalls, while on December 31st the atmosphere reaches fever pitch - bands play on a floating stage over the water, there are beach barbecues to enjoy, lanterns are released and a fantastic fireworks display is let off when the clock strikes 12. 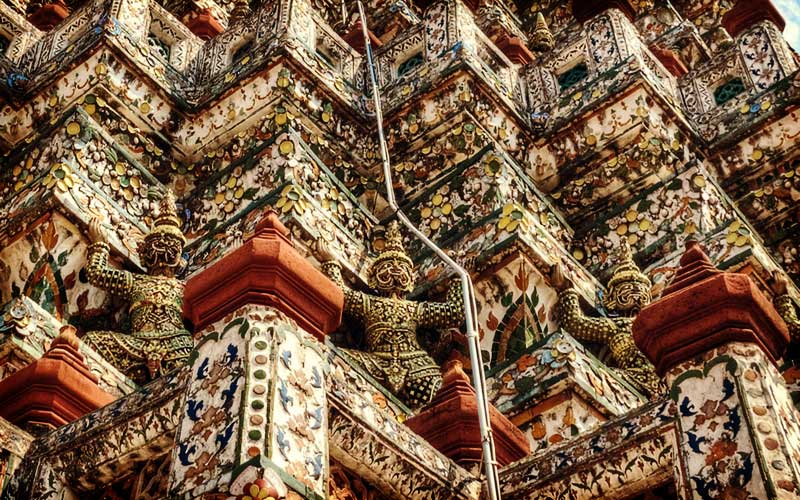 Thailand’s capital city is home to a wealth of celebrations on New Year’s Eve but one of the newest venues for ringing in the new year is Wat Arun. Locals and visitors alike gathered outside the temple last year to watch the spires light up at midnight, followed by a dazzling light show on the stupa, which was accompanied by orchestral music.

Such was the success of the event that it will hopefully be repeated for 2016 - you can check for more details here. Within the vicinity is an NYE countdown at CentralWorld shopping mall and a special market is set up between December 29th and 31st by Nagaraphirom Park - here, there will be all sorts of local goods for sale and both traditional and contemporary performances to watch to mark the new year.

Wherever you decide to visit, you’re sure to have a memorable New Year’s Eve during a volunteer vacation in Thailand! Find out more about how to fill your free time by downloading our Thailand volunteering guide.