Thursday - July 7th, 2016 I knew it would be a good day today because we had French toast for breakfast. When I first arrived to the center today, my little buddy Derek greeted me with open arms and gave me a big hug. J Kevin and Jimmy also reintroduced themselves to me (I am trying so hard to remember everybody’s names). 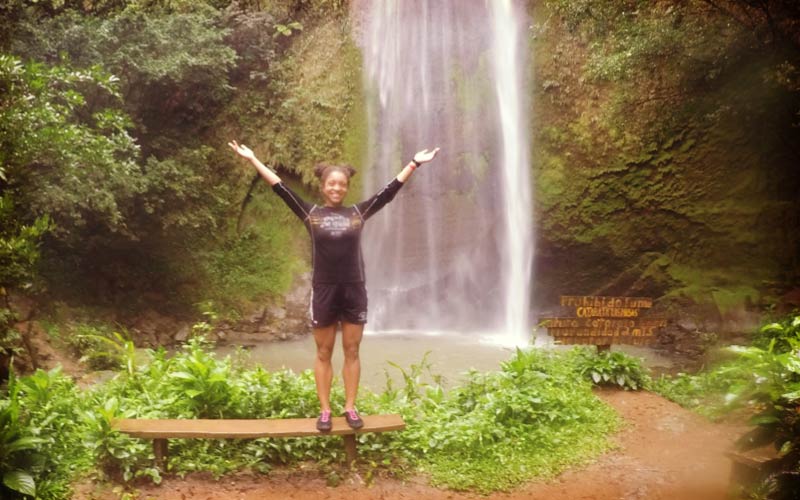 Today, we were going to Las Musas, a water park with two swimming pools, a water slide, and a waterfall. Of course, it was cold and raining this morning when every other day it has been sunny until rain in the late afternoon. That did not rain on the kids’ parade. They were still so anxious to go; they had been talking about it all week! Jimmy noticed my Garmin GPS watch and said that he really liked it. So, I let him trade watches with me for the day! He was so excited and was showing off the watch to everybody. He also offered to hold my fanny pack and water bottle for me.

We finally started to load the bus, a young girl named Ingrid noticed me taking a picture of the group and said she wanted me to take a picture of her and her friend. Then she asked me my name, and if I would sit next to her on the bus. Jimmy came over to give Ingrid some cookies, and it turns out she is Jimmy’s sister! On the bus, she insisted on sharing her cookies with me. She was just the cutest thing! When we passed the University of Costa Rica, she began to tell me all about her sister that goes to school there.

On the bus ride, the kids started to break out into a chant in Spanish that told the driver to go faster. When we finally arrived, we had to calm them down from taking off running into the park.

First, I went to check out the beautiful waterfall, and then Ingrid wanted me to go with her to the water slide, but she got too scared! The waterslide was fun, and it landed into the big pool. I had my GoPro with me, and the older kids saw me using it in the water, and they were fascinated! They are obsessed with my go pro. They took it underwater to make videos. For the next 30 minutes they each kept taking the GoPro and saying “uno, dos, tres” then would go underwater. 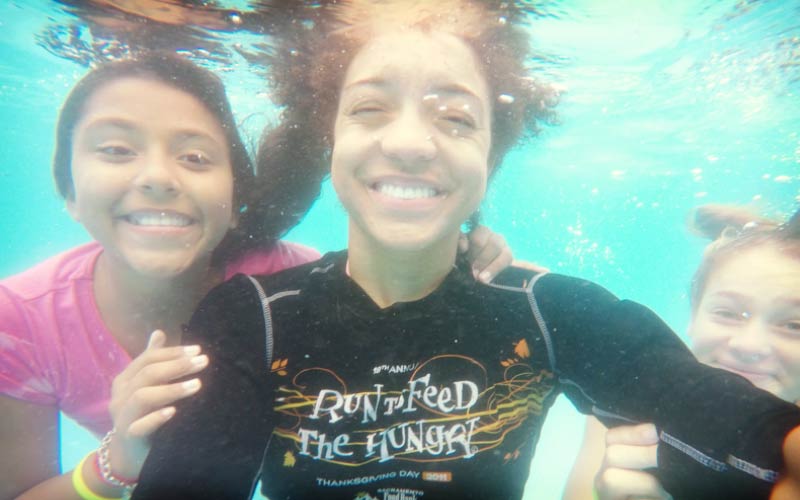 Afterwards I went over to the kiddie pool, where Jimmy was staying with Ingrid.   She wanted to come with me to the big pool, but Jimmy said she cannot swim, so I took her around the pool on my back. When we got out, and I said I was hungry, she offered to share with me her second pack of cookies and soda. Then she offered me her towel to use to dry off! Her friend that sat with us offered to share her empanadas! It’s amazing how sweet and compassionate these kids are!

On the ride home Ingrid kept asking me how to say Spanish words and names in English. She knew English colors and family like brother, mother, grandfather… All the kids seem so eager to learn English!! I wish this was the same for children in the United States to learn Spanish. 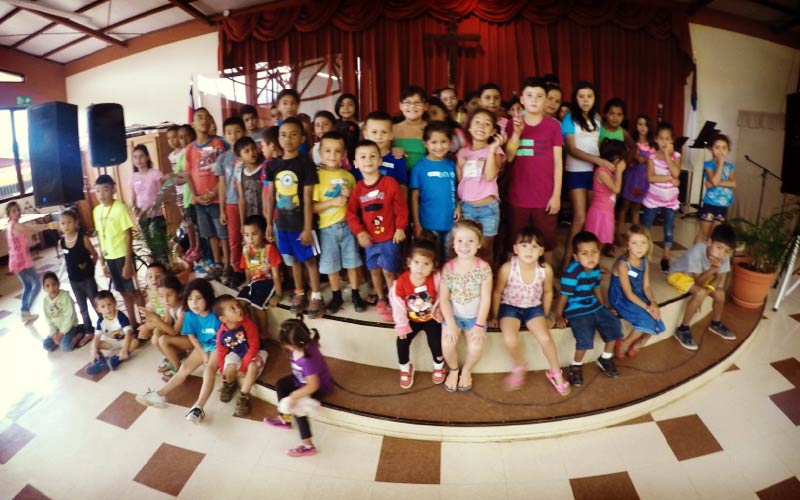 It was the last day of vacation bible school, so the kids put on a performance for their parents of the songs that they learned!