Tuesday – July 12, 2016 Jimmy have me a picture that Ingred drew for me! It’s a little princess J She wasn’t at the center today or yesterday either. I had colored in a picture of My Little Pony and gave it to Jimmy to give it to her yesterday.

I took a nap during lunch break and woke up to a HUGE rain storm. It was probably the hardest and longest I have seen it rain here, but apparently this is normal for Costa Rica. Because of the rain, we were stuck inside all day, and it felt SO long. We were just playing table games, Ping-Pong, and Futbolín all day until about 3:00pm when a woman came and set up some activities outside under the covered basketball court.

Walking home Jenna and I saw one of the kids from the center. He was alone going to the mall which was about a 50 minute walk from his home in Bajo. I guess things are different here because I know my mother would barely even let me walk down the street alone when I was 10 years old.

I saw him again when I went to the mall about 2 hours later. I got a cheeseburger from McDonald’s and then some nachos from the nearby Soda. Yes, I ate too much, don’t judge me because it was much needed!! I had been craving some good ole American junk food and nachos. 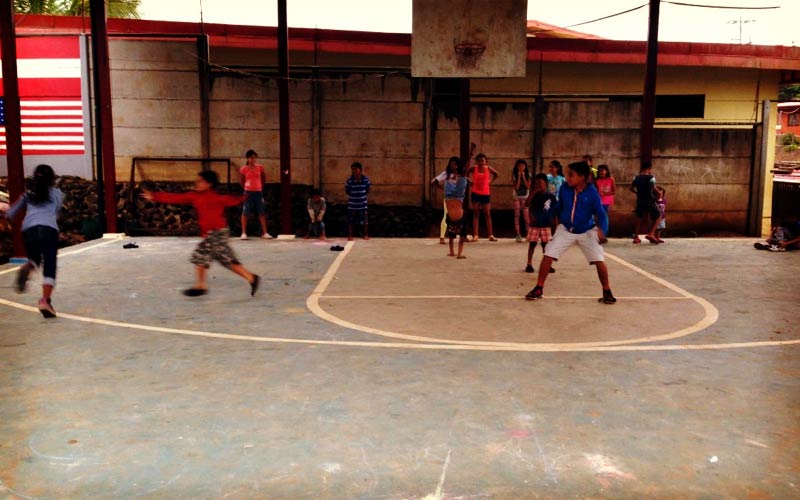