Former Siamese capital and historic Thai city Ayutthaya is a must-visit for any international volunteer with a passion for history. Dating back centuries, this ancient settlement is a treasure trove of architecture, noted for the many ruined temples that dot the once-powerful and splendid city.

Ayutthaya has a rich history; founded in 1350, the city became known around the world for its commerce - especially from the 14th to 18th century. The city’s strategic location, surrounded by rivers, facilitated trade, while also providing protection from seafaring armies and flooding.

In 1767, the city was largely destroyed by the Burmese army, and the inhabitants fled. Only ruins were left behind, many of which are still standing today.

Such is the archaeological importance of the site that it came under the protection of UNESCO in 1991.

If you’re planning to volunteer in Thailand, make time to explore the ruins of Ayutthaya during your time out from work - you won’t be disappointed. Here’s our pick of the top must-see temples in the city. 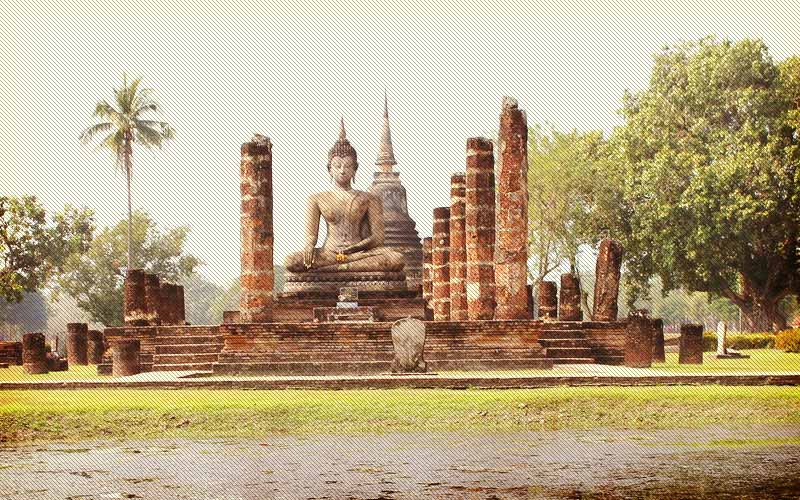 Located in the center of the old city, Wat Mahathat is an ancient Buddhist temple renowned for its many significant features. As well as the ruined walls of temple buildings, you can admire beautiful remnants of murals left behind on interior walls and an awe-inspiring carved Buddha head wrapped in the roots of a tree. There are also some almost intact chedis, a large headless Buddha and a gallery of sculptures; Wat Mahathat is one of the best-known temples in Ayutthaya as a result. 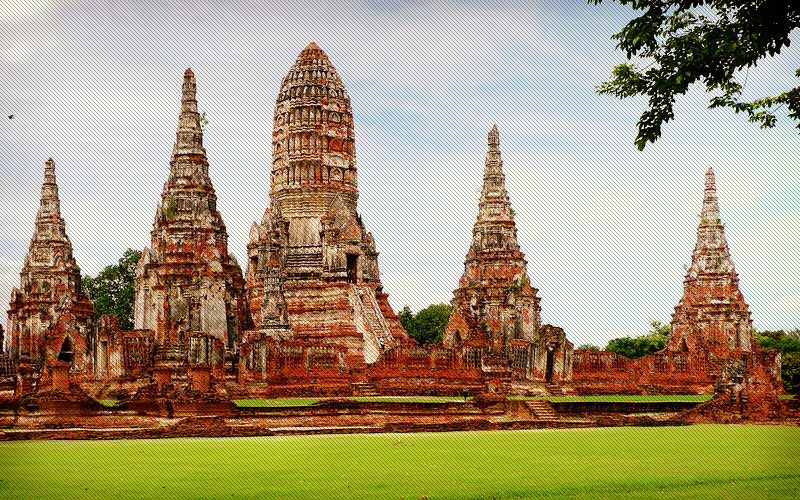 Next to Wat Mahathat is Wat Ratburana - one of the finest temples in the ancient city. It’s possible to explore extensively and even venture into the central tower and head down to the former treasure chamber, where gold artifacts and images of Buddha were once stored. The chamber was looted historically and thieves made off with many important items but some pieces were recovered and can now be seen at the nearby Chao Sam Phraya Museum. Although the central tower has been restored, it’s still possible to admire original stucco work, frescoes and stupas.

Located on the eastern side of the city, Wat Thammikarat - also known as Wat Dhammikaraj - is a well-maintained temple structure restored in the 1600s and boasting a number of interesting features, most of which were added in recent centuries. One such attraction is a 12m-long reclining Buddha, decorated with mirrored tiles and gold leaf. A fascinating chedi with an octagonal base and dozens of surrounding statues can also be seen here, along with a white Buddha image thought to date back to the 1700s. 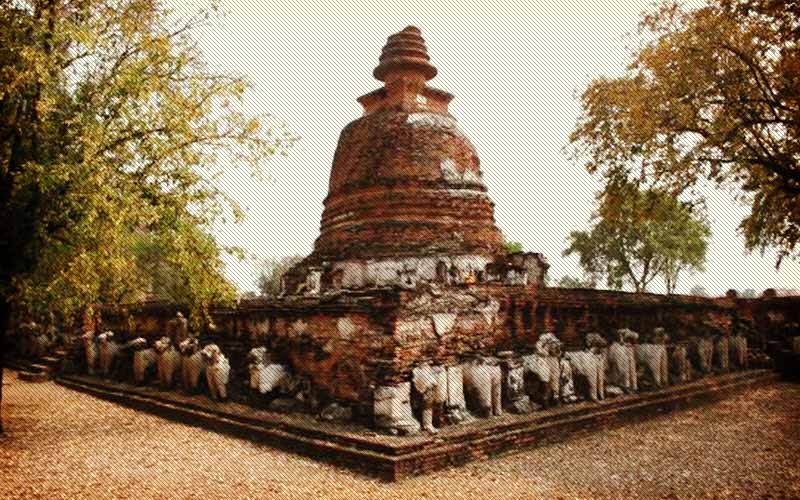 Wat Maheyong can be found over the bridge from the main island but is well worth the journey if you’re keen to experience authentic Thai traditions. The temple is one of the more peaceful to be found in the city; still in use, it is an important center for meditation - as such, visitors need to remove their shoes on entry (there are slippers to use if you want to cover your feet). As you make your way around, admire the statues of animals - especially elephants, which surround the main ordination hall. During the daytime, you can witness monks performing rituals, while the night-time candlelit procession is worth watching if you’re around in the evening. 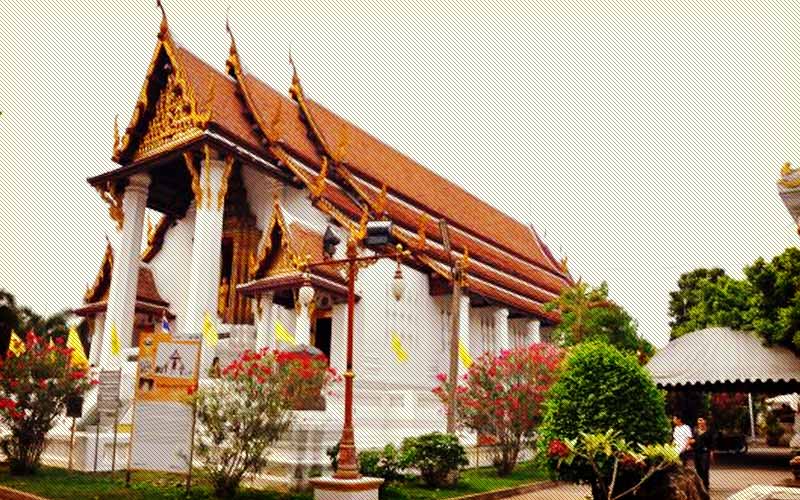 Also located off the city island is Wat Naphrameru, thought to date back to the 1400s or 1500s. Little remains of the former outer wall here but there are some beautiful chedis and faded mural paintings decorating many of the interior walls. Within the complex is a beautiful and ornate ordination hall, which houses the famous 6m-high crowned Buddha sculpture - a remnant of the war with Burma. Additionally, it’s worth seeing the small hall of paintings - or vihara, where you can admire stuccoes, murals and statues.

Situated in the north-eastern section of the city, Wat Kudi Dao was restored during the early 1700s and is thought to have been the residence of an important priest who advised the crown prince Boromakot. There are several buildings to explore, including the impressive remains of the old monastery, ordination hall and various chedi, as well as features like arched windows and intact pillars to admire.

Buddhist temples are synonymous with Thai tradition and culture, and there are few better places to discover the beauty and peace of these ancient buildings than in Ayutthaya. If you want to get under the country’s skin and experience rich tradition while admiring ancient architecture, don’t miss a trip to this important ancient city.

You can find out more about volunteering in Thailand by downloading our country brochure.