The end of the rainy season is a popular time for international volunteers to visit Thailand, keen to explore this lush paradise and witness the famously rich culture. If you’ve booked a volunteer vacation this November, don’t miss Loi Kratong - an important celebration in the Thai events calendar.

Loi Krathong is a fun-filled festival that can be traced back in time to the 1800s, when King Rama IV wrote that the event was formerly a Brahmanical festival adopted by Buddhists in Thailand as a way to honor Buddha.

Taking place on the evening of the full moon on the 12th month in the Thai lunar calendar, Loi Krathong will, this year, be held on November 14th.

Keep reading to find out more about the meaning of Loi Krathong and how the event in celebrated in Thailand.

The meaning of Loi Krathong

According to King Rama IV’s account, the celebration of Loi Krathong is a way of venerating Buddha. The main element of the festival is the creation of floating vessels, which carry candles down rivers and waterways. The candles honor Buddha with their light.

The floating of the vessels symbolizes the release of negativity and bad deeds; Thais will often cut their hair or fingernails and put the discarded cuttings on the krathong, or vessel, to let go of their past transgressions.

Another interpretation of the festival is that it honors the goddess of water Phra Mae Khongkha and brings good luck to those taking part in the festivities. 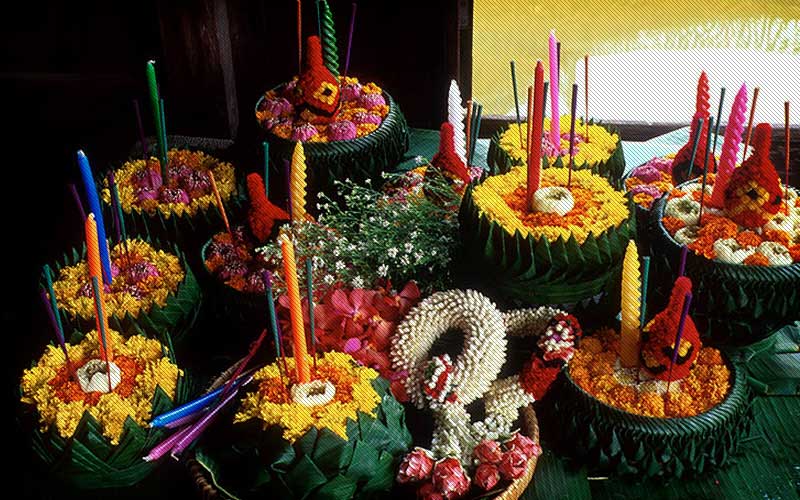 What is a krathong?

A krathong is a vessel made from dried banana leaves fashioned into the shape of a lotus flower. The krathong is decorated with incense sticks and a candle - sometimes a small coin is included as an offering to the spirits of the river.

Krathong can be translated as a floating boat, floating decoration or floating crown, while loi means to float. As well as banana leaves, krathongs can be made from bread, spider lily plants or a slice from the trunk of the banana tree instead.

When releasing the raft, it’s customary to make a wish. It is said that if the krathong floats away, the sender’s wish will come true. If the vessel drifts back to shore, however, this can be taken as a sign that the wish may not be fulfilled, or that it may vary from the sender’s original request. 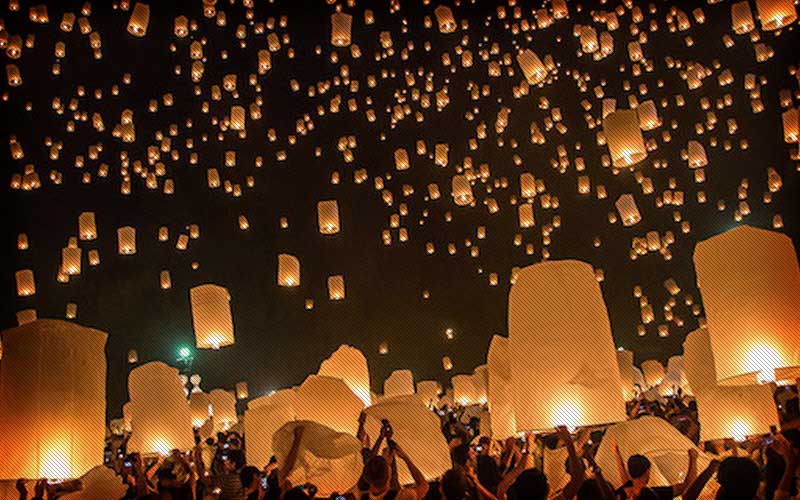 How is Loi Krathong celebrated in Thailand?

The celebrations for Loi Krathong begin days before the event itself, building excitement ahead of the climax of the event. During this time, parades can be seen processing through the streets and beauty contests called Nopphamat Queen Contests are organized.

These beauty contests are so-called as a result of a couple of different theories; one is that 13th century Sukhothai king Sri Indraditya had a consort called Nang Nopphamat, and she was believed to have been the first person to launch such a raft.

Another theory is that the pageants are named after a character called Nang Nopphamat, featured in a book released at the end of King Rama III’s reign. This character was a guide for women who wished to pursue a career as civil servants.

Grand parades also take place on the day, with large, lavishly-decorated floats designed to look like giant karthongs being the focal point of the processions. Each float usually has its own theme and are ridden by Thais in traditional dress or in costume to resemble mythical characters. The previously crowned beauty queens also ride on the floats and wave at the passing crowds. In the evening, fireworks are set off in grand displays. 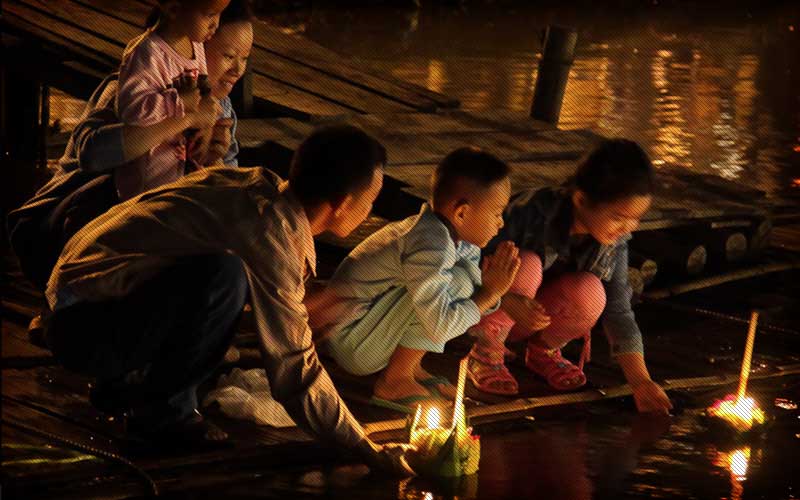 In addition to the beauty pageants and the launching of the small rafts on canals, rivers and waterways, it’s also customary to release eels and turtles at this time of year. Sellers can usually be found beside the water and visitors pay for a turtle or fish to release.

As well as the small rafts floated in celebration of Loi Krathong, paper lanterns are also sometimes released into the sky, especially in Chiang Mai. The city also marks Yi Peng - the festival of lights - at this time of year, and so the celebrations are combined.

If you want to witness the most spectacular celebrations of Loi Krathong as part of a volunteer vacation to Thailand this November, visit Chiang Mai, Bangkok or Sukhothai - where, legend has it, the first ever krathong was launched. Here, the celebrations are extra awe-inspiring and worth witnessing firsthand!

There’s so much to see and do when you volunteer in Thailand - download our country brochure to find out more about how you can make the most of your time in Thailand while contributing through your volunteer project.