How better to experience the culture of Costa Rica when you volunteer abroad than by getting involved in the country’s annual celebration of diversity at Dia de las Culturas? This special day takes place in October and recognizes the different cultures that comprise the Costa Rican population.

Dia de las Culturas is a day for communities to come together and celebrate the diversity of their nation. Celebrations vary from region to region but in most areas, colorful festivities are the order of the day. Keep reading to find out more about how the event came about, why it’s important and how the day is celebrated.

Formerly known as Dia de la Raza (Day of the Race), or Columbus Day, the event originally marked the anniversary of Christopher Columbus’ discovery of the American continent on October 12th 1292.

In 1994, however, the day was renamed; there was disagreement among the Costa Rican people about whether or not the celebration was appropriate, since some people felt it celebrated the colonization of the county rather than the nation’s cultural roots. Thus the event was renamed Dia de las Culturas and took on a new meaning: to celebrate the diversity of the different cultures within the country.

Originally, Costa Rican culture comprised indigenous, Caribbean and Spanish influences - now, immigration from across Europe, the Americas and Asia has added even more diversity to the country’s culture, thus the day was named to reflect this multi-ethnic culture and to encourage tolerance and understanding across the nation.

This cultural festival is celebrated across the entire country in a variety of ways. Being a national holiday, many people do not work on this day and have the opportunity to relax and enjoy the celebrations. It’s worth bearing in mind, however, that a number of facilities like the Post Office and government services will be closed in light of the event, so make sure there’s nothing important you need to do on the day! 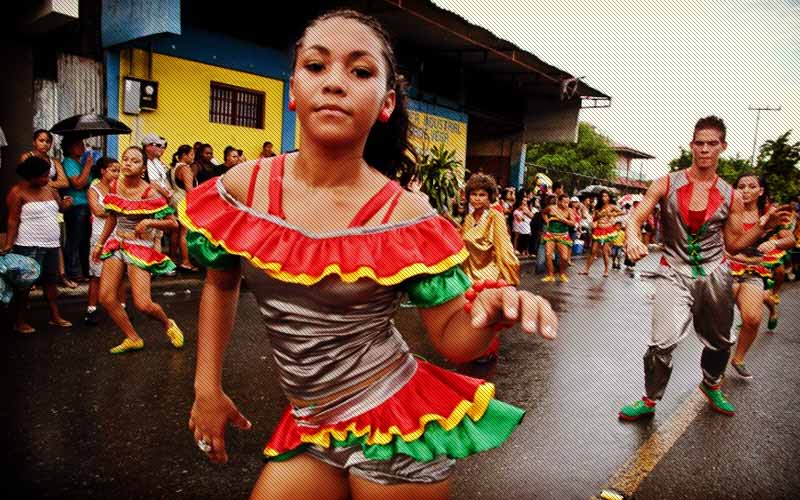 You can expect to see colorful decorations strewn though the streets, which are lined with people who turn out to watch the festivities on Dia de las Culturas, while some towns and cities start the celebrations earlier in the week leading up to the big day.

Dancers and performers put on entertainment for the crowds and full carnivals parade through the towns and cities to mark the event.

There are marching bands, beauty parades, singing and chanting as the nation comes alive with energy and color. Many locals dress up in their best outfits or in fancy dress as part of the fun.

As part of the event, all sorts of cultural activities are organized with the aim of increasing awareness and understanding of the different cultures that characterize Coast Rica’s population. Community groups and immigrants from others countries will often put on displays pertaining to their own cultures for onlookers to enjoy.

Different types of dress, songs and other cultural variations are also shown on the day and a wide variety of food is put on across communities so that everyone gets to sample one another’s typical fare.

Dia de las Culturas is celebrated across Costa Rica but some areas put on more of a show than others, so you might want to find out in advance if anywhere nearby will be putting on some extra-special celebrations.

If you’re visiting on a volunteer vacation, heading to an area where the celebrations are especially colorful can make for a memorable experience - Limon on the Caribbean coast is particularly well-known for pulling out all the stops for its Dia de las Culturas festivities, with the celebrations lasting around 12 days in total!

The week running up to October 12th and the week after are filled with celebrations, including parades, cultural demonstrations and traditional dancing displays. Expect to see lots of brightly-colored costumes, steel drum performances and firework displays if you visit the region during this time. 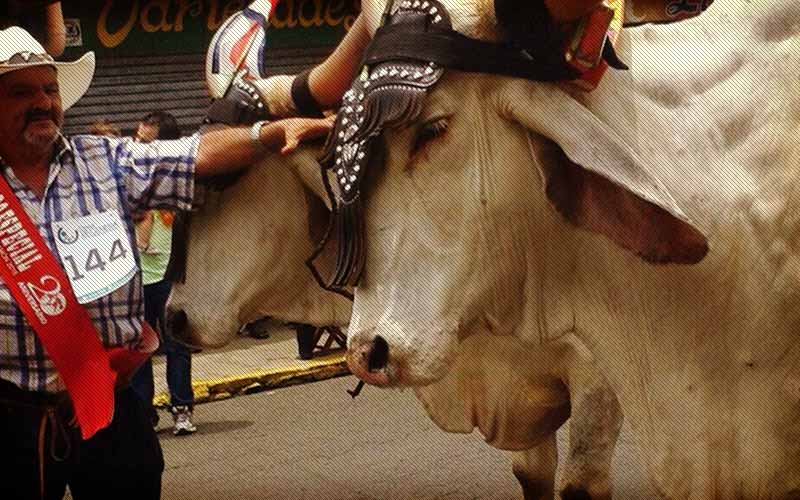 Dia de las Culturas is an important event in the Costa Rican calendar. Originally established to mark the discovery of the Americas by Christopher Columbus, the festival had been the subject of discussion for many years, as opinions differ as to the significance of the event. Since the day was renamed in the 1990s and took on a new focus of celebrating cultural diversity, the festivities are more widely enjoyed and a greater importance has since placed on cultural tolerance, understanding and being able to celebrate the differences that make this nation so diverse.

Find out what else you can see and do when you volunteer in Costa Rica by downloading our country guide.