It’s not hard to see why Thailand is a popular destination for volunteers. But there's more to this beautiful country than exotic beaches, amazing food, and a famously laidback vibe (though there's plenty of that as well!) If you’re a first time visitor, here are a few things that you should know before you volunteer in Thailand:

Home / Blog / 10 things to expect when you volunteer in Thailand 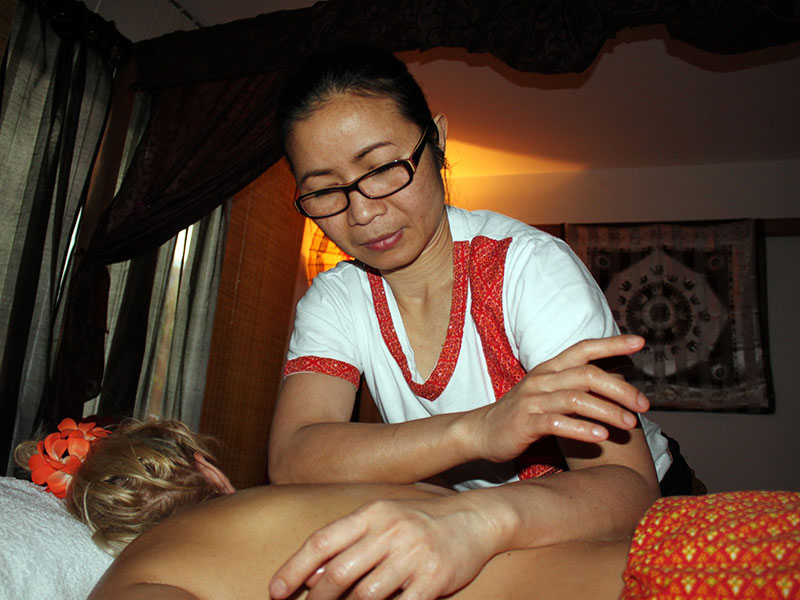 $5 massages? Complete meals for less than $2? Yes, it’s possible — and you don’t have to sacrifice quality for price. Both Thai massages and street food are world renowned.

One of the reasons Thailand is so popular with tourists is that you don’t have to break the bank to enjoy the best that the country has to offer. Everything from food to transportation to going out is much less expensive than it would be in Western countries.

If you’re frugal, you can have a great time in Thailand for less than $30 a day. And if you have a little more to spend, you can really live it up.

2. The royal family is deeply respected.

Speaking of kings… When you volunteer in Thailand, you’ll quickly realize that the royal family is a huge part of Thai culture. Most Thais viewed King Bhumibol Adulyadej, who passed away in 2016, as a father figure. With that in mind, never talk badly about the royal family or say anything that could make locals uncomfortable, even if you think it’s just a harmless joke. In fact, it’s actually illegal to insult or defame the royal family and people have been arrested for doing so before.

Some people recommend staying away from the topic altogether, but you’re genuinely curious and respectful, locals will appreciate your interest in something they value so highly. 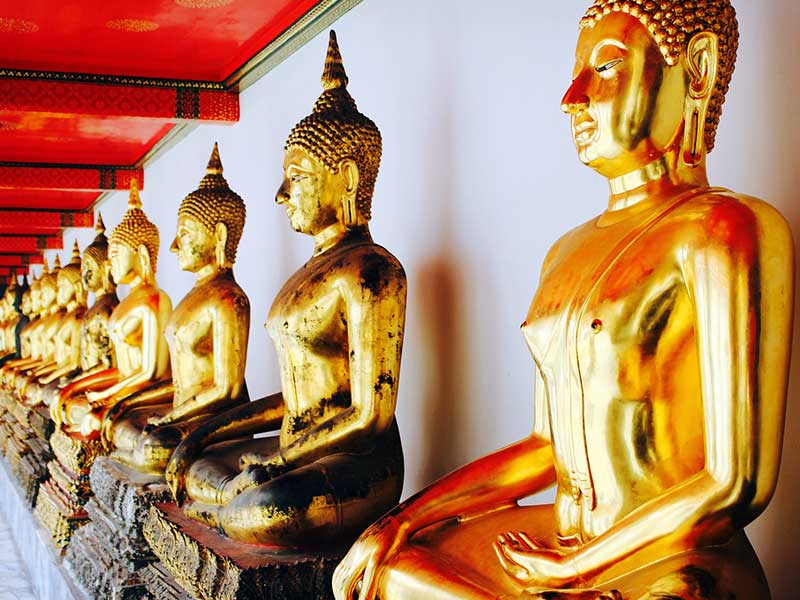 3. Thailand is a Buddhist country.

In case the more than 40,000 Buddhist temples across the country didn’t tip you off, Buddhism is the major religion in Thailand. What does this mean for you beyond having your pick of beautiful temples and monasteries to visit?

Tip: Make sure to pack conservative clothing that covers your arms and legs as well as remove your shoes if you plan on visiting any religious sites.

Monks are also highly respected in Thai society and you may run into them occasionally. Traditionally, Thais greet monks with a wai (bow) and women aren’t allowed to touch or hand anything to them.

Often called the “Land of Smiles,” Thailand is home to some of the nicest, friendliest people you’ll ever meet. Thais tend to avoid raising their voice or showing anger in public. Instead, they’ll usually respond to tense situations with a smile (though that doesn’t mean they’re happy about it.)

As a volunteer in Thailand, there may be times when you encounter a stressful situation, but it’s important to keep your cool and never complain or show frustration toward others. This will just cause the other person to shut down and stop talking to you.

So if a teacher arrives late or you miss your stop on the bus, take a deep breath and realize it’s not the end of the day. As the Thais say, mai pen rai (rough translation: it’s okay, don't worry about it.) 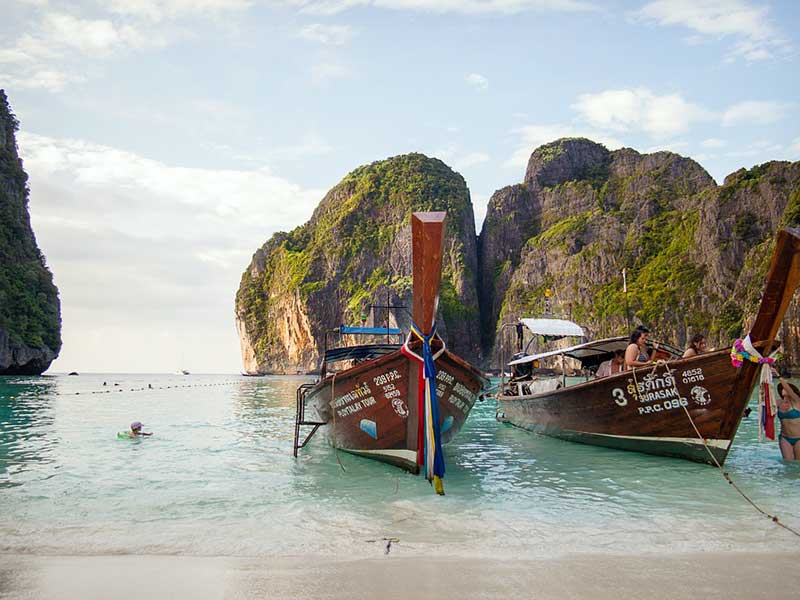 5. Thailand is hot-year round so you can travel anytime.

Thailand has three seasons: hot, cool and rainy — but no matter when you go, you’ll encounter temperatures between 26 and 32 degrees Celsius (78 - 90 Fahrenheit.) Most people tend to avoid the monsoon season (July - October), when it rains the most.

However, don’t be scared to volunteer in Thailand during this time. It rarely ever rains all day so it’s not like you’ll be forced to stay inside for your entire trip. The weather is typically sunny, with sudden heavy downpours during the afternoon. Make sure to pack a raincoat or waterproof jacket and pack light clothing and lots of sunscreen all year round.

By traveling during shoulder seasons, you can save a lot on plane flare due to the lower crowds, and temperatures will be a little more bearable.

6. Educate yourself about animal exploitation.

Think twice before you take that selfie with a tiger. Most of the animals that are used for tourist attractions are kept in poor conditions, drugged into submission and killed once they’re too big to control.

The same goes for riding elephants. While it may look like fun, elephants aren’t made to carry humans and the seats that go on their backs can injure their spines. Moreover, most elephants are separated from their mothers early on and tortured to work or perform.

When you participate in these activities, you’re essentially supporting these terrible practices. If you’re an animal lover, consider being a volunteer in animal conservation and helping care for animals in a sanctuary. 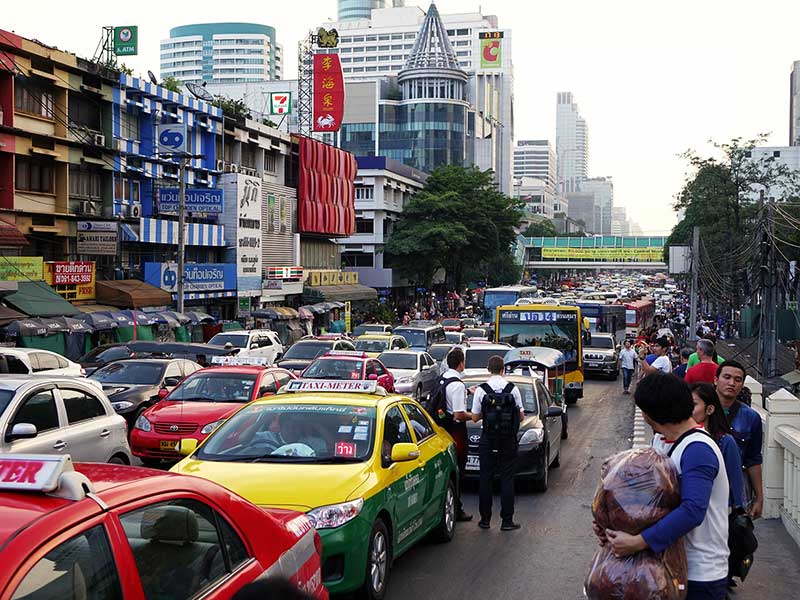 7. Traffic in Bangkok is insane.

While taxis may be an affordable and comfortable way to get around, the traffic in Bangkok is notoriously terrible. You can avoid getting caught in a standstill by taking the trains, which are reliable and quick. The BTS Skytrain and the MRT are both relatively inexpensive.

For short distances, you can always take a motorbike taxi, which is known for weaving in and out of traffic. Just make sure to negotiate your price before getting on and hang on tight!

8. Beware of scammers who target tourists.

Thailand’s relatively political stability and peaceful atmosphere make it one of the safest places for travelers. However, like all tourists hot spots, there are potential dangers to be aware of. The most common in Thailand are people trying to take advantage of well-meaning tourists.

For example, taxi and tuk-tuk drivers or other people standing outside of popular attractions may tell you that the place is closed. They’ll usually offer you an alternative tour at a very low price, only to take you to a store where they try to coerce you into making a purchase.

Don’t fall for this trick! Look up the operating hours for each attraction before you go and never leave with a strange person you don’t know.

More: Common Mistakes You Might Make When You Travel in Thailand 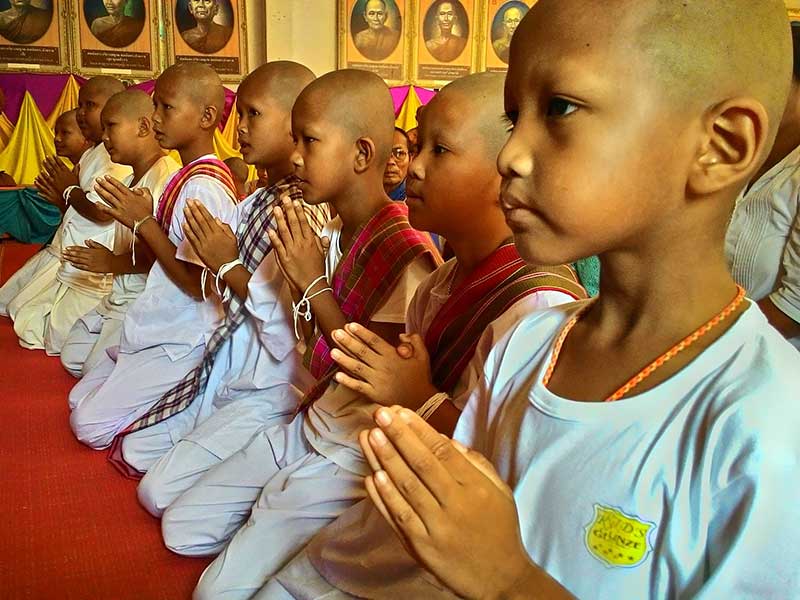 9. You’ll need to brush up on some basic social rules.

Thai culture is all about respect, and there are a few unspoken rules that may seem unfamiliar to Westerners. As a farang (foreigner), most locals will cut you some slack if you mess up, but the more you know, the more you can impress them — and the less likely you are to offend your new friends.

Before you go, familiarize yourself with basic rules of Thai etiquette like how to position your feet correctly or what utensils to use when eating. Don’t worry: we’ll tell you everything you need to know during your orientation when you arrive. 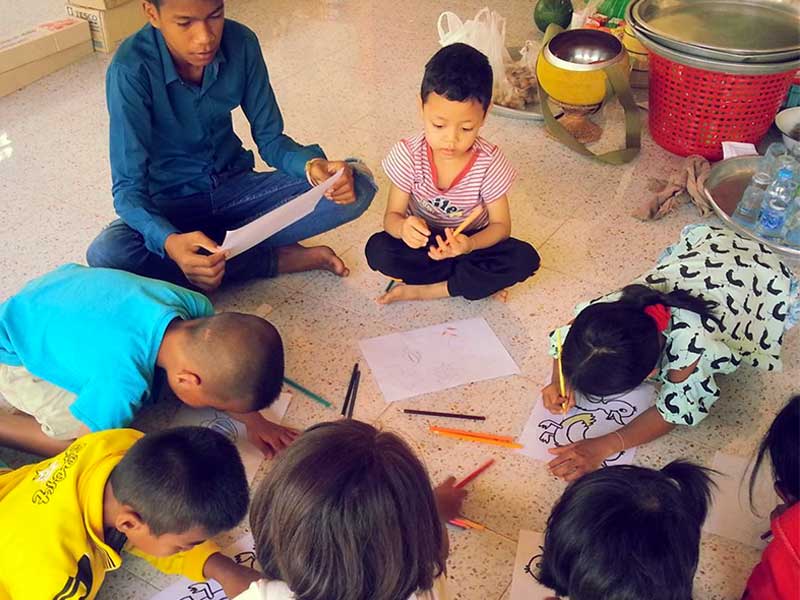 10. There are still some places that need help.

Although the country’s popularity as a tourist destination has boosted the economy and improved opportunities for Thais, not everyone has advanced equally. Many people in rural areas are still undereducated, and children often work instead of going to school.

Want to do your part to help? You can volunteer to teach English, teach sports education or volunteer at a community center with disadvantaged kids.

Browse all our Thailand projects here or download a free brochure to find out more about volunteering in Thailand.